Who is Mark Zuckerberg? 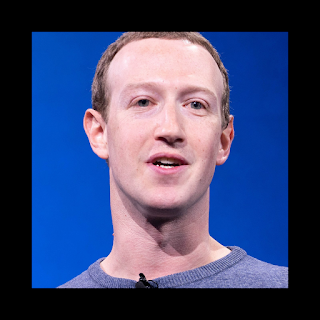 Who is Mark Zuckerberg?

Mark Elliot Zuckerberg (May 14, 1984) is an American computer programmer, entrepreneur, and founder of the social network Facebook.

Mark Zuckerberg was born on May 14, 1984 in White Plains, New York. He is the only son of Edward, a dentist father, and Karen, a psychologist. He is of Jewish origin, and although he is of Jewish origin, he has stated that he is an atheist. Due to its success, a movie called Social Network was made with the words "You can't make 500 million friends without a few enemies". On May 19, 2012, he married his longtime partner Priscilla Chan. Mark Zuckerberg, who won many awards in various disciplines in high school, entered Harvard, one of the most prestigious universities in America. Here she studied computer science and founded her first site, facemash.com, which featured the most beautiful men and women in the world in her freshman year. Photographs of all Harvard students were available on this site. But he had to search the university's database to use the photos. Zuckerberg, who was found to have hacked the database, had to drop out of school when he was given disciplinary action.

Initially, he founded Facebook only to gather Harvard University students together. It caught the attention of investment lovers when it became one of the largest dating platforms in the US in just 18 months (with one billion users as of 2012). Zuckerberg's Facebook took its place among the most valuable brands worldwide in The Brand Finance Global 500 list in 2011. On February 25, 2012, the company decided to go public (Zuckerberg still owns shares of Facebook). On May 18, 2012, $421 million shares were offered for sale and listed on the NASDAQ.

How Much Is Mark Zuckerberg's Net Worth?

The net worth of Mark Zuckerberg, one of the richest people in the world, has been updated to 71.5 billion dollars in 2022.

When it comes to the world's largest social sharing platforms, one of the first applications that comes to mind is undoubtedly WhatsApp, Instagram and Facebook. With the increase in Facebook's revenues, Mark Zuckerberg did not neglect to add a new one among the applications he purchased. Applications with more than millions of users such as Instagram and WhatsApp also belong to him.