What is the Metaverse? 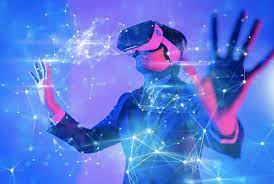 Although it's a new phenomenon, the metaverse feels like it's everywhere. The new branding and investments of Facebook, namely Meta, have also brought a new wave of interest in the metaverse.

Now it is possible to see this phenomenon everywhere. In corporate news, memes, gaming platforms and social media. The increasing prevalence of the word, its approach, which makes it feel as if at any moment our physical lives will be swallowed up by corporate pixels and paywall interactions, creates a sense of impending doom in minds. But Fortnite and Roblox have also been accelerating the metaverse for some time, and besides, this term itself is a phenomenon that has been around for many years. So what exactly is the metaverse? In this article, we wanted to turn the question marks in the minds into answers to some extent.

So, What Exactly is the Metaverse?

Mark Zuckerberg's version conjures up an image of everything virtual: you attend business meetings as an avatar using the Quest VR (Oculus) title and use a device on your wrist to secretly send messages to friends. When you go out, you will wear smart glasses that offer augmented reality. As well as the ability to record what you see and hear.
The most basic answer to the question of what is the Metaverse can be as follows; the Metaverse is the universe that will be accessible via phones, computers, wearable technology and headphones (or a combination of them) and is the place where you work, shop, exercise, socialize, watch movies and play games.
But this term is much older than many of the technologies that can really make this possible. The meta octoberix means "behind or beyond”, it can also mean “more extensive” and even "transformative" (such as metamorphosis). the word verse, on the other hand, is derived from the word “universe” or describes a fictional world, such as the Instagramverse, a specific area.

Where Did the Metaverse Come From?

The word originated through the 1992 dystopian science fiction novel Snow Crash, written by Neal Stephenson. In the book, the Metaverse is a collection of virtual and augmented realities centered on a super-long “Alley” where people walk as avatars and can be accessed by using glasses and wearing them in terminals. Since then, the word ”metaverse" has been used to describe all kinds of initiatives focused on creating a more permanent virtual reality that infiltrates our physical lives.
We think that we have given a short and understandable answer to the question of what is the metaverse, albeit a short one. For comprehensive answers to such questions as what is the metaverse and where it came from, we recommend that you start researching on the web.