The Reason for Bitcoin's Decline 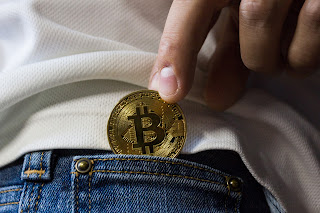 The fact that the Bank of Russia demanded a full-scale ban on cryptocurrencies on Thursday was not welcomed as a big surprise in the markets.

In fact, the Bitcoin price had gained 5% for a short time after the ban announcement, and many experts mentioned that this news was not new but was pumped back into the market.

Chris Vecchio, senior strategist at DailyFX, said: “The current developments seem to be related to global conditions and the fact that central banks are withdrawing their pandemic-era assistance. In my opinion, this is the main reason for the decline in the price of Bitcoin.”

The news of the ban from Moscow spread simultaneously with the collapse in the stock market, when the FED announced that it would take stricter measures due to high inflation in the United States.

Vecchio noted that the cryptocurrency market has been moving independently of Russia for months and is mostly in correlation with high-growth, low-profit technology companies in the United States.

The latest development in this direction was also confirmed on Friday, when investors sold their crypto currency and shares of a speculative technology company due to fears that the FED will go for a rate hike. On the same day, the Bitcoin price lost 10% in value and fell below $ 38,000.

As for Bitcoin's silence against the threat from Russia, some experts pointed out that China made a similar attempt last year.

Alex Lemberg, CEO of the decentralized finance (DeFi) platform Nimbus, expressed his thoughts on the issue: “It cannot matter that Russia banned cryptocurrencies after a crypto currency giant such as China imposed a full-scale ban. The ban that really caused a devastation in the industry was China's crypto currency ban. When this ban came, China was described as the largest Bitcoin country in the world. Looking at the current position of Russia, we see that it ranks only third in the field of BTC mining.”

Marcus Sotiriou, an analyst at GlobalBlock, claimed that any ban imposed by Russia would be beneficial to other countries that adopt digital assets. According to Sotiriou, BTC miners will migrate to other crypto-currency friendly countries if Russia takes such a step.

*It is not investment advice.